1. Leading and Developing Others
Present evidence of leading small groups of people (up to 5) on a continuous basis for at least 3 months or on at least 6 occasions of shorter duration. The evidence should demonstrate team organization, delegation, training & coaching, communication, feedback, objective setting and monitoring. The work of the group may be simple and routine and be guided by standard work documents.

2. Developing Capability and Capacity
Candidates should give an example of how they have anticipated changes that might affect their team or organization, what actions they took to prepare for them and how adequate they now judge these preparations. The possible impact of these changes may be favourable or unfavourable.

3. Making Sense of Complexity and Ambiguity
Present evidence showing how you have made sense of complex and ambiguous issues for a small group of up to 5 people. Reflect on the issues and comment on the impact your actions had on the people concerned.

5. Ethics
Present evidence about a decision you have taken based on ethical principles that has impacted small groups of up to 5 people. The evidence should illustrate the issues giving rise to the decision and the consequences of the decision. Reflect on the decision and comment on its outcome.

6. Integrity
Present evidence which describes how you have demonstrated your integrity in the past in circumstances which were important for a small group of up to 5 people. Reflect on the situations and comment on the impact your behaviour had on the people concerned.

7. Influencing
Candidates should give an example of how they have influenced someone with the result that the organization received a significant benefit. Reflect on the event and write a report on what influencing tactics were used and how effective they were.

8. Ceremony
Candidates should provide evidence of a ceremony they conduct. This is likely to involve a small group of people for a short period such as a presentation to a staff member who is leaving or retiring. Reflect and write a report on the importance of ritual and ceremony in your organization.

9. Handling Cultural Diversity
Present evidence on how you have handled issues of cultural diversity affecting your organization. The issues may be internal or external. The evidence should demonstrate communication, training & coaching, feedback, objective setting, and monitoring. 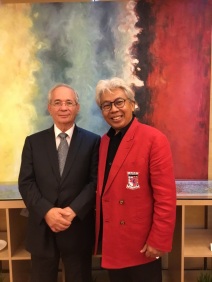